Here the authors show a de novo general synthetic strategy for the ultrafast, high-yielding formation of two and three disulfide bonds in peptides and proteins. They developed an approach based on the combination of a small molecule, ultraviolet-light, and palladium for chemo- and regio-selective activation of cysteine, which enables the one-pot formation of multiple disulfide bonds in various peptides and proteins.

They prepared bioactive targets of high therapeutic potential, including conotoxin, RANTES, EETI-II, and plectasin peptides and the linaclotide drug. They anticipate that this strategy will be a game-changer in preparing millions of inaccessible targets for drug discovery. 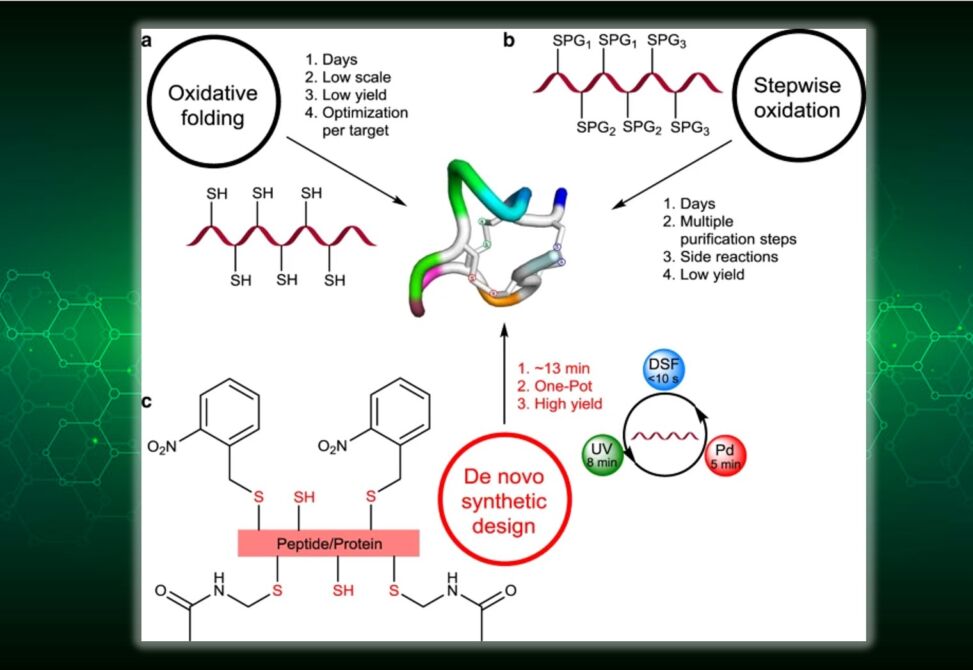