Drug overdose is now the leading cause of accidental death in the United States and opioid addiction is driving this epidemic. On average, 130 Americans die every day from an overdose of opioids, the class of drugs that includes morphine, fentanyl, hydrocodone, codeine, and heroin. Current approaches for opioid identification and quantification in body fluids include immunoassays and chromatographic methods, for example, LC-MS, GC-MS, which require expensive instrumentation and extensive sample preparation.

Published in the journal Molecules, first authour, and one of our 2019 Young Investigator Poster Competition winners, Shabnam Jafari, from the University of California Davis, reports the development of a morphine-sensitive fluorescence-based sensor chip for instant detection of morphine in the blood using a homogeneous immunoassay without any washing steps. 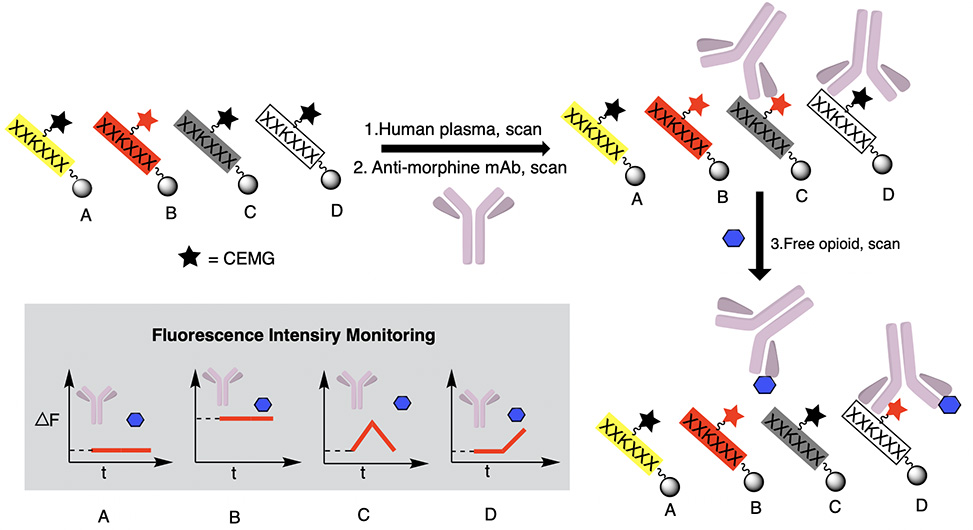 Morphine-sensitive illuminating peptides were identified using a high throughput one-bead one-compound, OBOC, combinatorial peptide library approach. The OBOC libraries contain a large number of random peptides with a molecular rotor dye, malachite green, MG. MG is covalently attached to the amino group on the side chain of lysine at different positions of the peptides in the libraries.

The OBOC libraries were then screened for fluorescent activation under a confocal microscope ZEISS LSM 800, using an anti-morphine monoclonal antibody as the screening probe, in the presence and absence of free morphine. Using this novel fluorescent screening assay, Shabnam and her collaborators were able to identify the peptide-beads that fluoresce in the presence of an anti-morphine antibody, but lost fluorescence when the free morphine was present. The positive beads were then decoded using automatic Edman microsequencing.

After confirming the fluorescence activation of the beads with the anti-morphine mAb and deactivation with the morphine, the morphine-sensitive illuminating peptides were synthesized in soluble form, functionalized with an azido group, and immobilized onto microfabricated PEG-array spots on a glass slide. The sensor chip was then evaluated for the detection of morphine in plasma.

Shabnam and her team demonstrated that this proof-of-concept platform can be used to develop fluorescence-based sensors against morphine. More importantly, this technology can also be applied to the discovery of other novel illuminating peptidic sensors for the detection of cancer biomarkers and illicit drugs in body fluids. 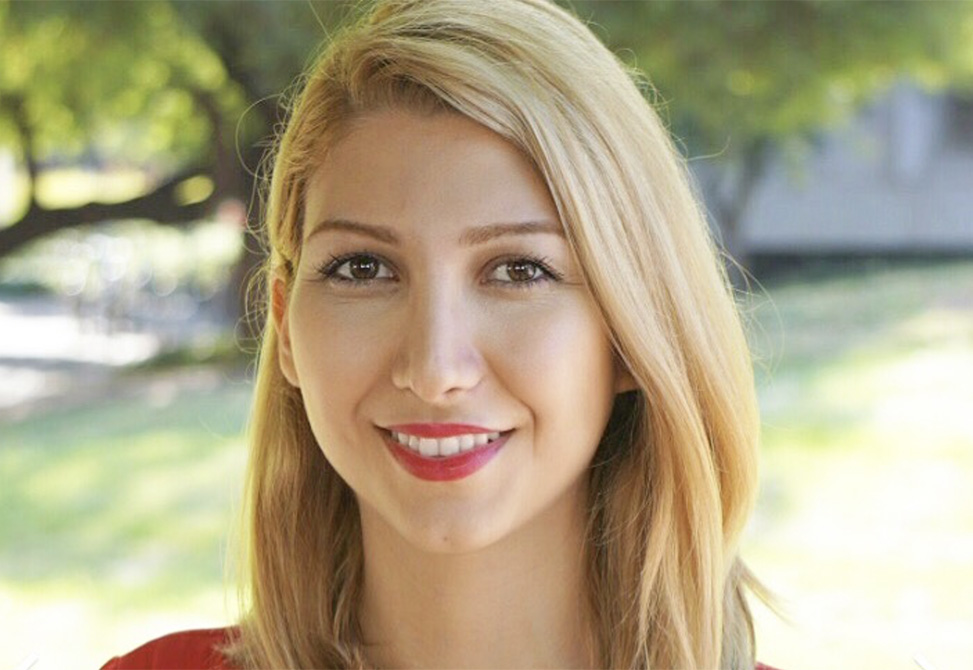