Bruce Merrifield, John D. Rockefeller Jr. Professor Emeritus at The Rockefeller University, died Sunday, May 14, 2006, at his home in Cresskill, NJ, after a long illness. He was 84. Thus, the peptide community lost one of the most innovative scientists of the 20th century.

In the 1960s, Merrifield earned world renown for the development of a rapid, automated procedure for synthesizing peptides and proteins which he named solid phase peptide synthesis. This method makes it possible to do in a matter of days what would previously have taken years to achieve, if at all. Merrifield's discovery has been credited with making possible the systematic exploration of the structural bases of the activities of enzymes, hormones and antibodies. In recent years, the method has been especially important for the rapid discovery of new, active therapeutics.

First reported in 1962, solid phase peptide synthesis uses an insoluble solid support to anchor the carboxyl terminal amino acid of the peptide. Merrifield and his colleagues, John Stewart and Maurice Manning, along with his graduate students Garland Marshall and Arnold Marglin, demonstrated the validity and generality of the technique with syntheses of bradykinin, desamino-oxytocin, angiotensin, and insulin. Concurrently, Merrifield worked with Stewart and Nils Jernberg to design and build a machine to automate the method. In 1969, Merrifield and Bernd Gutte announced that they had used the machine for the first synthesis of an enzyme, ribonuclease A, consisting of 124 amino acids. This work proved not only that medium size proteins can be synthesized by the stepwise solid phase method, but that the primary sequences of proteins determine their tertiary structures and ultimately their biological activities.

Researchers all over the world have been using the procedure to make other important molecules, including somatostatin, beta-endorphin, ACTH, and trypsin inhibitor. The technique is also used to study the effects of synthetic antigenic peptides on the production of specific antibodies, work that has important implications in disease research.

Merrifield dedicated a large part of his research to refining solid phase synthesis in order to tackle ever more difficult challenges. He and his colleagues worked on an important group of peptide antibiotics and on the design and synthesis of good antagonists of the hormone glucagon, which may be useful for the control of blood sugar in diabetics.

The solid phase principle has also been adapted to the synthesis of oligonucleotides as well as carbohydrates and other organic molecules. In recent years, the method has been especially useful for multiple syntheses of peptides, and for combinatorial synthesis of peptide and non-peptide libraries that are important for the rapid discovery of new active drugs.

In 1984, the Royal Swedish Academy of Sciences awarded the Nobel Prize in Chemistry to Merrifield "for his development of methodology for chemical synthesis on a solid matrix."

Merrifield was born in Fort Worth, Texas on July 15, 1921. The next year his family moved to southern California where he grew up. He received a B.A. in chemistry in 1943 and a Ph.D. in biochemistry in 1949, both from the University of California at Los Angeles. He worked as a chemist at the Philip R. Park Research Foundation from 1943 to 1944. During his graduate years he was a teaching assistant in chemistry at UCLA from 1944-1948, and a Research Assistant at the new UCLA medical school from 1948 to 1949.

In addition to the Nobel Prize, Merrifield received numerous awards, including the Albert Lasker Award for Basic Medical Research, 1969, the Gairdner Foundation International Award, 1970, the American Chemical Society Award for Creative Work in Synthetic Organic Chemistry, 1972, the Nichols Medal, 1973, the American Peptide Society's Alan E. Pierce Award, 1979, the Science Award from Big Brothers, Inc. of New York City, 1988, the Royal Society of Chemistry Medal, 1987, the Ralph F. Hirschmann Award from the American Chemical Society, 1990, and the Glenn T. Seaborg Medal from UCLA, 1993. He was inducted into the Chicago Museum of Science and Industry's Nobel Hall of Science and received its Albert A. Michelson Award in 1985. The American Peptide Society has named its highest award for Dr. Merrifield.

After becoming an emeritus, Merrifield spent the next 10 years working at the bench on several projects. His frequent advice to his graduate students was to never leave experimental research, because the most innovative ideas are conceived at the bench. Merrifield's dedication, courage, and optimism provided inspiration to generations of scientists who worked in his laboratory, and to all who became acquainted with him through his steadfast participation at conferences such as the American Peptide Symposia.

Bruce Merrifield is survived by his wife, Elizabeth nee Furlong, 6 children, and 16 grandchildren. He will be greatly missed. 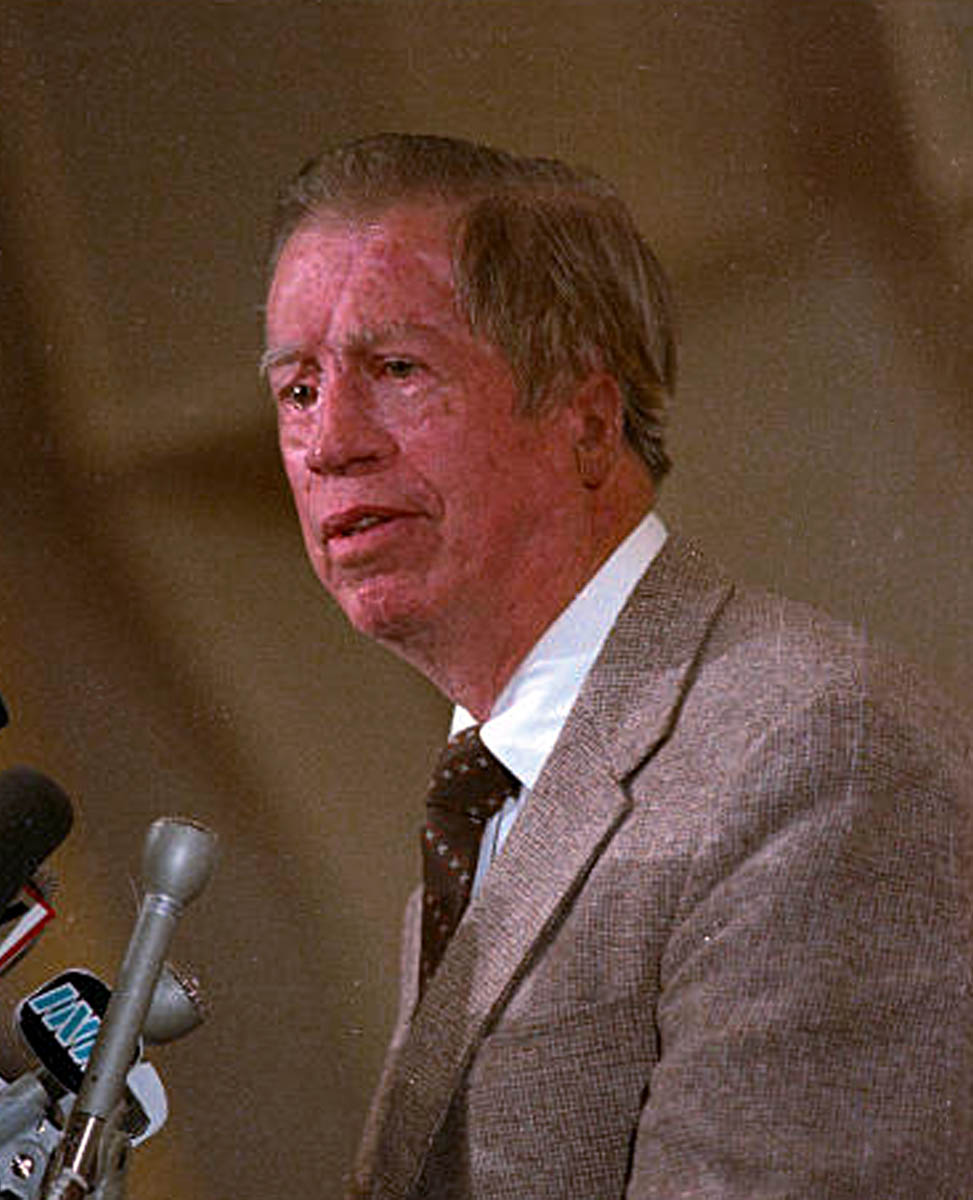