Isabella Lugoski Karle, one of the giants of 20th century science, passed away on October 3, 2017 of a brain tumor at the age of ninety-five. Her studies of the X-ray structures of many organic molecules, including numerous peptides, using so-called direct methods via mathematical formulations developed by her husband, Jerome Karle and Herbert A. Hauptman, were revolutionary and basically opened the field for the determination of protein and nucleic acid structures and indeed any organic structures that could be crystallized. Jerome Karle and Herbert Hauptman won the Nobel Prize in Chemistry in 1985, but many of us who understood the essential contributions that Isabella made to the development of X-ray crystallography as we know it today, believe that Isabella should have shared the Nobel Prize, including her husband who said so at the Nobel ceremonies.

Isabella Helen Lugoski was born in Detroit, Michigan on December 2, 1921 of immigrant parents from Poland who both were manual laborers but who recognized her intellectual talents and encouraged her in school, where she excelled and skipped grades. Though she was discouraged by one of her female teachers from going into chemistry and her father wanted her to be a lawyer which he had wanted to be, she was motivated by her high school chemistry teacher, who was a woman, and won a scholarship to go to the University of Michigan to major in chemistry. She was obviously very talented and got her B.S. in chemistry in 1941, her M.S. in 1942 and her Ph.D. in 1944. She met her husband in a physical chemistry course and they were married in 1942. Both worked during the war in Chicago on the Manhattan Project where Isabella developed a process to synthesize plutonium chloride from impure plutonium oxide, which was an essential part of the development of nuclear weapons.

After the 2nd World War, they moved to the Naval Research Laboratory in 1946 and both spent their scientific careers there until they both retired on the same day in July 2009. During her career, she published over 350 papers working with people from all over the world to determine the X-ray structure of numerous and varied organic compounds of all kinds, including peptides, most of which had never been crystallized before, much less have their X-ray structures determined. She was a constant participant at peptide meetings and ACS meetings, where she gave fascinating talks on her latest developments in crystallization and X-ray structure determination. I was privileged to get to know Isabella well due to our shared interests in peptide structure and biological function. She was particularly interested in studies we were making on comparing X-ray crystal structures and NMR structures of biologically active peptides. Isabella was the ultimate scientist from my perspective, kind and generous to a fault, incredibly intelligent and always anxious to discuss and critically examine research in our field. I learned much from her scientifically, but also how to critically discuss the latest developments in our field. She was very special.

During her career, Isabella published over 350 papers, many of which are classics, and she won many awards, including National Medal of Science in 1995 from President Clinton, the 1981 Gregor Aminoff Prize from the Swedish Academy of Sciences, the 1993 Bower Award and Prize for Achievement in Science from the Franklin Institute, the Navy Distinguished Service Award and many others. She was a member of the National Academy of Science, the American Academy of Arts and Sciences and of the American Philosophical Society. Her husband passed way in 2013 after seventy-one years of marriage. She is survived by her three daughters, Louise Karle Hanson, Jean Karle Dean and Madeleine Karle Tawney, all of whom are scientists, four grandchildren and one great granddaughter. Her spirit and accomplishments will always be with us and an inspiration.
Contributed by Victor Hruby 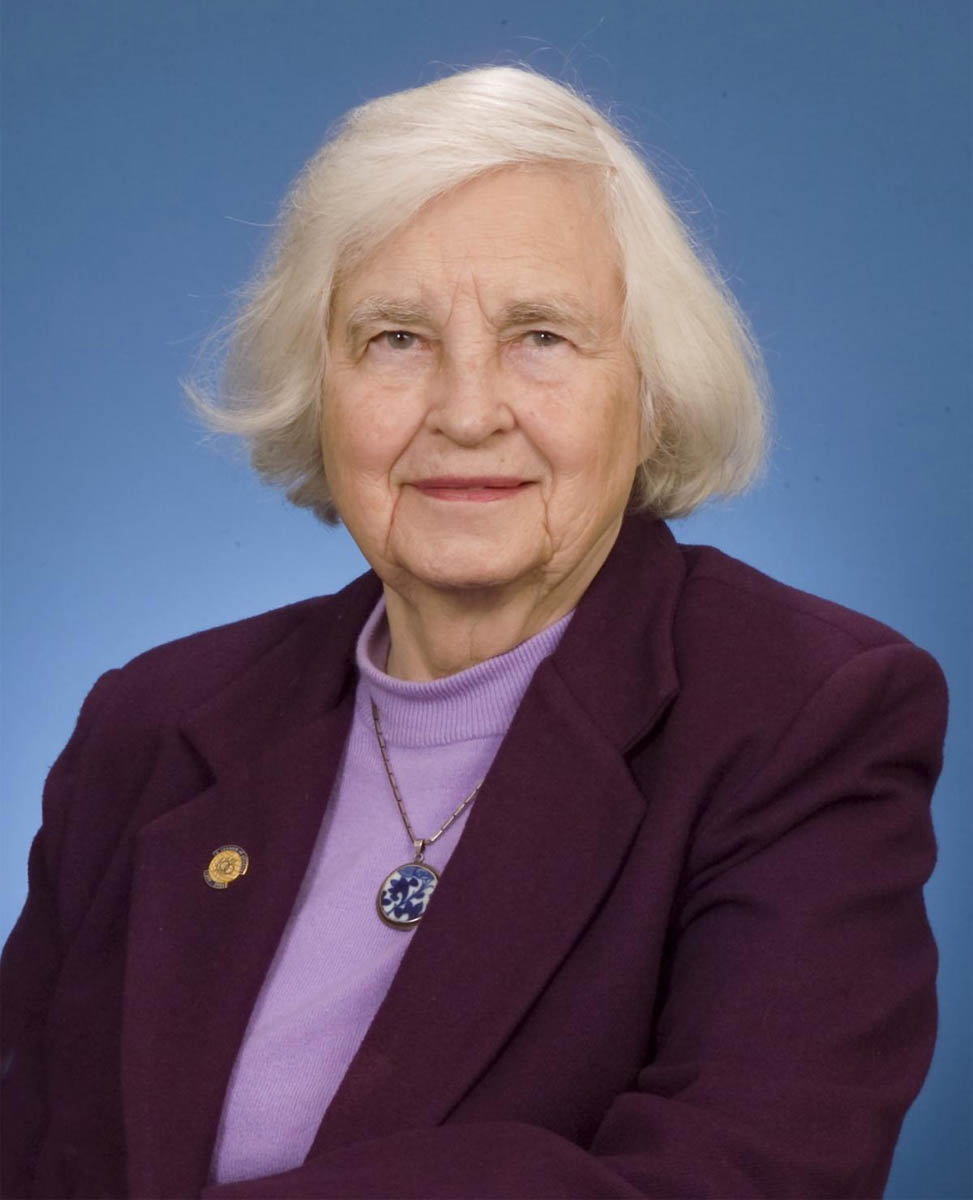