Tyrosyl-DNA phosphodiesterase 1 (TDP1) is a molecular target for the sensitization of cancer cells to the FDA-approved topoisomerase inhibitors topotecan and irinotecan.

High-throughput screening of natural product extract and fraction libraries for inhibitors of TDP1 activity resulted in the discovery of a new class of knotted cyclic peptides from the marine sponge Axinella sp. Bioassay-guided fractionation of the source extract resulted in the isolation of the active component which was determined to be an unprecedented 42-residue cysteine-rich peptide named recifin A.

The native NMR structure revealed a novel fold comprising a four strand antiparallel β-sheet and two helical turns stabilized by a complex disulfide bond network that creates an embedded ring around one of the strands. The resulting structure, which was termed the Tyr-lock peptide family, is stabilized by a tyrosine residue locked into three-dimensional space.

Recifin A inhibited the cleavage of phosphodiester bonds by TDP1 in a FRET assay with an IC50 of 190 nM. Enzyme kinetics studies revealed that recifin A can specifically modulate the enzymatic activity of full-length TDP1 while not affecting the activity of a truncated catalytic domain of TDP1 lacking the N-terminal regulatory domain (Δ1-147), suggesting an allosteric binding site for recifin A on the regulatory domain of TDP1.

Recifin A represents both the first of a unique structural class of knotted disulfide-rich peptides and defines a previously unseen mechanism of TDP1 inhibition that could be productively exploited for potential anticancer applications. 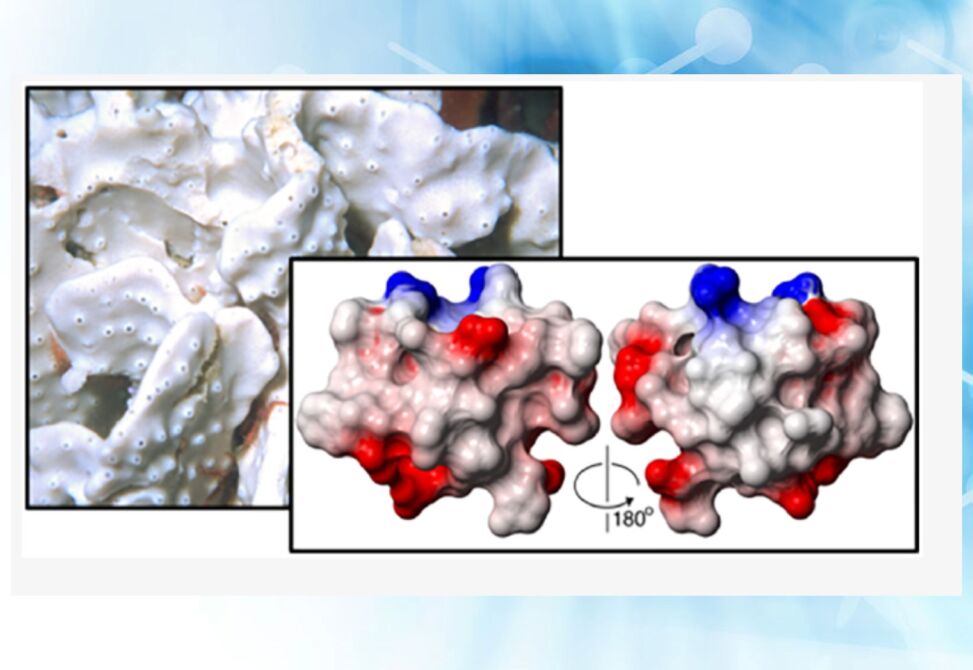