Malaria remains a worldwide health concern with an estimated quarter of a billion people infected and nearly half a million deaths annually. Malaria is caused by a parasite infection from Plasmodium strains which are transmitted from mosquitoes into the human host.

Although several small molecule inhibitors have been found to target the early stages of transmission and prevent parasite proliferation, multiple drug resistant parasite strains have emerged and drug resistance remains a major hurdle.

As an alternative to small molecule inhibition, several peptide-based therapeutics have been explored for their potential as antimalarial compounds. Chemically constrained peptides or peptidomimetics were developed to target large binding interfaces of parasite-based proteins that have historically been difficult to selectively inhibit using small molecules. 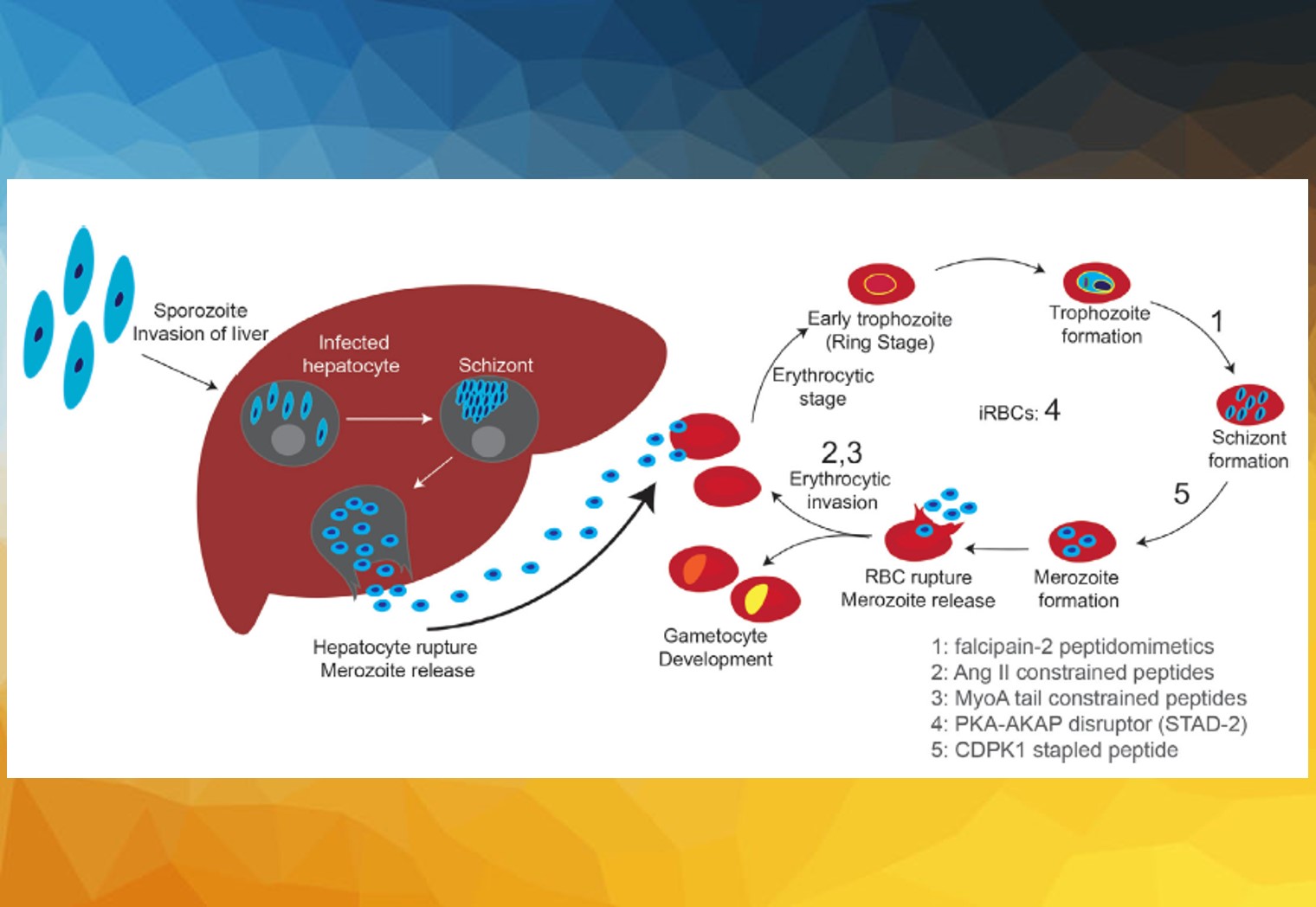