Abundant n → π* interactions between adjacent backbone carbonyl groups, identified by statistical analysis of protein structures, are predicted to play an important role in dictating the structure of proteins. However, experimentally testing the prediction in proteins has been challenging due to the weak nature of this interaction.

By amplifying the strength of the n → π* interaction via amino acid substitution and thioamide incorporation at a solvent-exposed β-turn within the GB1 proteins and Pin 1 WW domain, the Chattergee group demonstrates that an n → π* interaction increases the structural stability of proteins by restricting the ϕ torsion angle.

Their results also suggest that amino acid side-chain identity and its rotameric conformation play an important and decisive role in dictating the strength of an n → π* interaction. 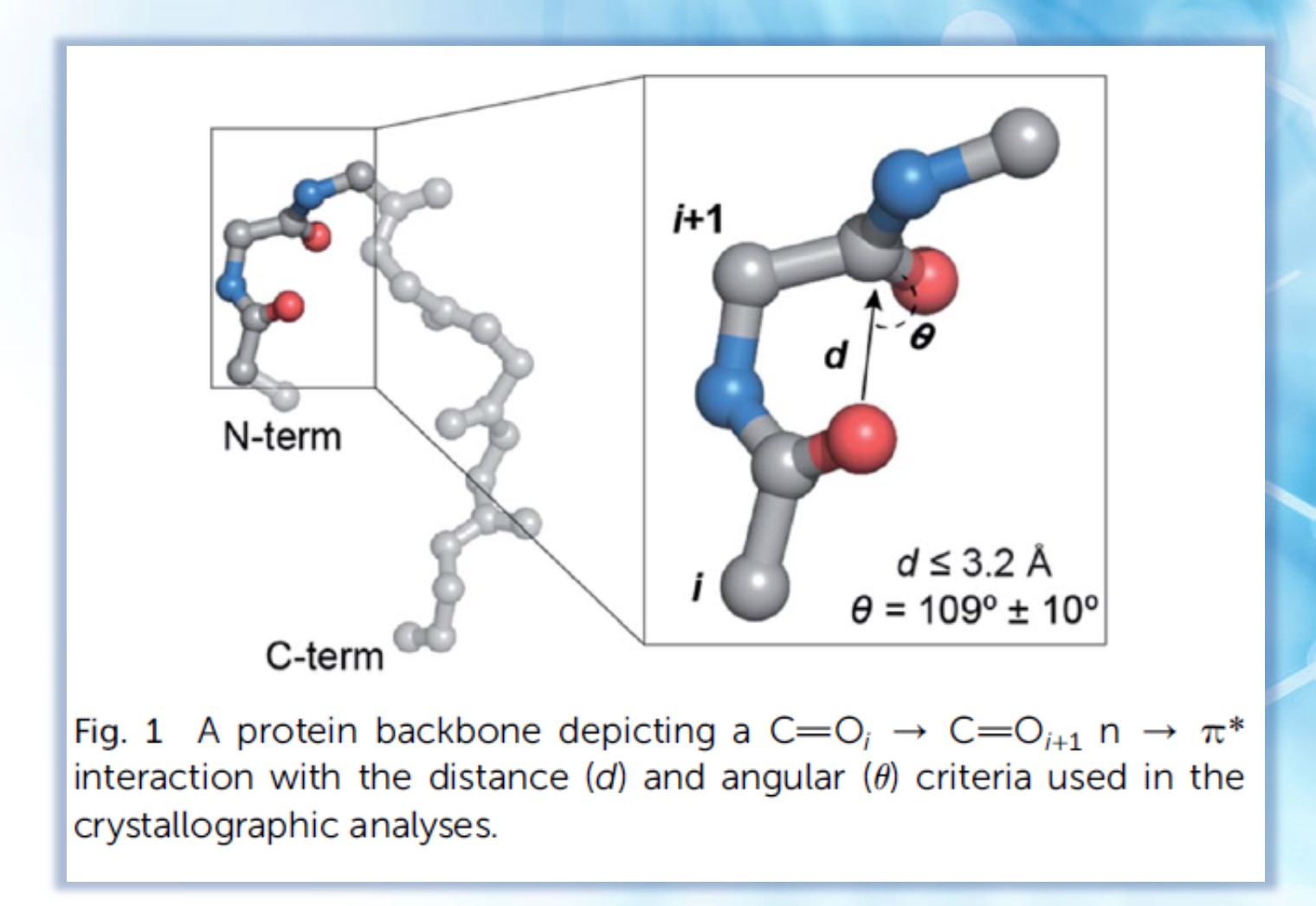