During the course of their efforts to target intracellular protein−protein interactions in cancer, researchers in the Arora Lab
observed that the cellular uptake of peptides is critically determined
by the cell line-specifically, they noted that peptides show better
uptake in cancer cells with enhanced macropinocytic indices.

Herein is described the results of their analysis of cellular penetration by different classes of conformationally stabilized peptides. They tested the uptake of linear peptides, peptide macrocycles, stabilized helices, β-hairpin peptides, and cross-linked helix dimers in 11 different cell lines.

Efficient uptake of these conformationally defined constructs directly correlated with the macropinocytic activity of each cell line: high uptake of compounds was observed in cells with mutations
in certain signaling pathways. Significantly, the study shows that constrained peptides follow the same uptake mechanism as proteins
in macropinocytic cells, but unlike proteins, peptide mimics can be readily designed to resist denaturation and proteolytic
degradation.

Their findings expand the current understanding of cellular uptake in cancer cells by designed peptidomimetics and
suggest that cancer cells with certain mutations are suitable mediums for the study of biological pathways with peptide leads. 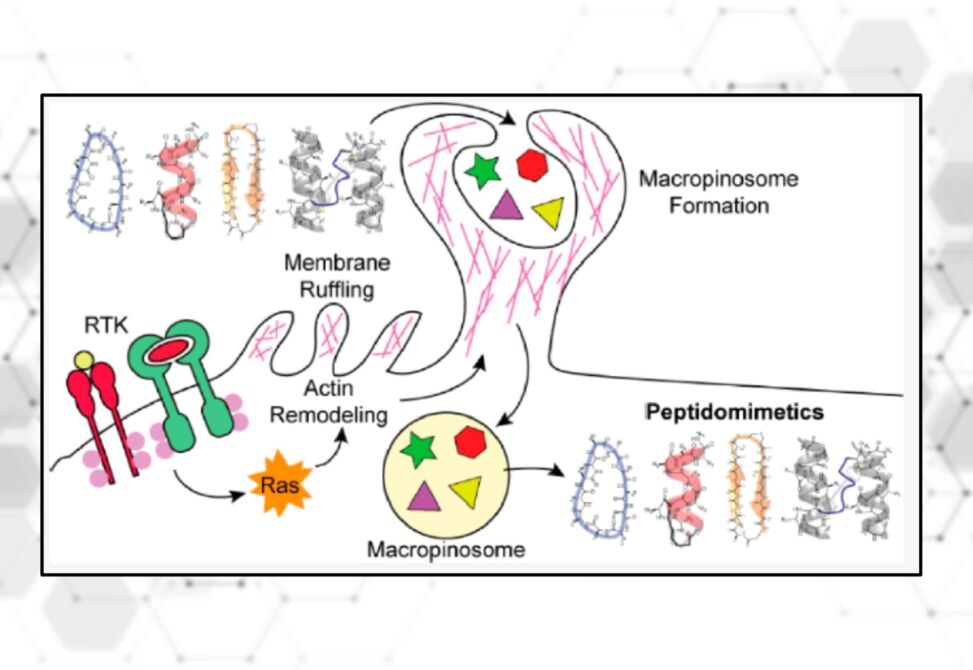