Genetically encoded macrocyclic peptide libraries with unnatural pharmacophores are valuable sources for the discovery of ligands for many targets of interest. Traditionally, generation of such libraries employs “early stage” incorporation of unnatural building blocks into the chemically or translationally produced macrocycles.

Ligation of diverse hydrazine derivatives onto DKMP libraries displayed on phage that carries silent DNA-barcodes yields macrocyclic libraries in which the amino acid sequence and the pharmacophore are encoded by DNA. Selection of this library against carbonic anhydrase enriched macrocycles with benzenesulfonamide pharmacophore and nanomolar Kd.

The methodology described in this manuscript can graft diverse pharmacophores into many existing genetically encoded phage libraries and significantly increase the value of such libraries in molecular discoveries. 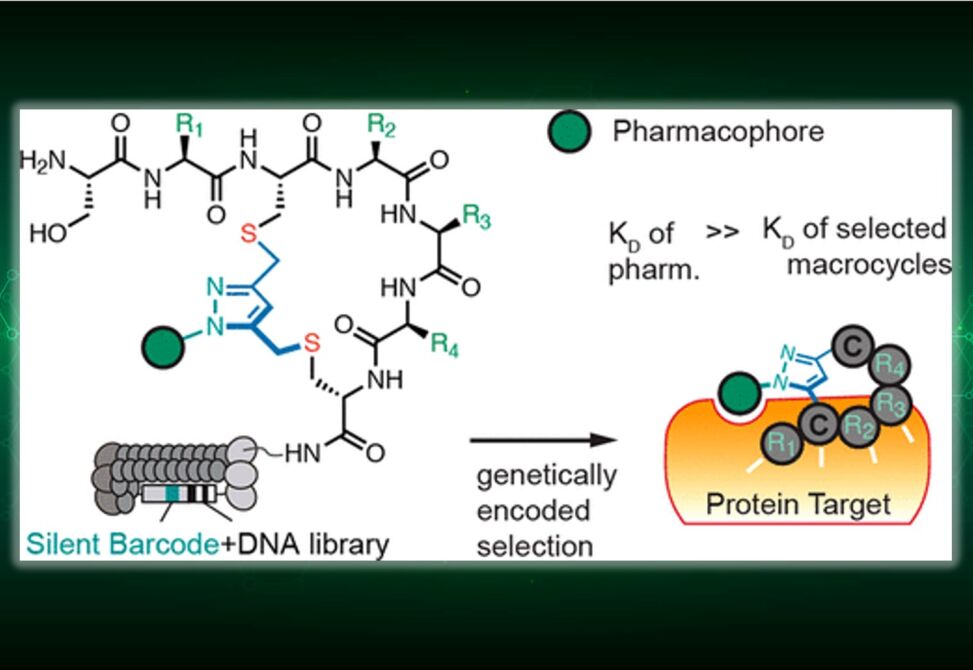