As was previously reported by the researchers, cyclic cell-penetrating peptides [WR]5 and [WR]4 act as molecular transporters. To optimize further the utility of these developed peptides for targeted therapy in cancer cells using the redox condition, they have designed a new generation of peptides and evaluated their cytotoxicity as well as uptake behavior against different cancer cell lines. Thus, cyclic [C(WR)xC] and linear counterparts (C(WR)xC), where x = 4–5, were synthesized using Fmoc/tBu solid-phase peptide synthesis, purified, and characterized. The compounds did not show any significant cytotoxicity (at 25 μM) against ovarian (SK-OV-3), leukemia (CCRF-CEM), gastric adenocarcinoma (CRL-1739), breast carcinoma (MDA-MB-231), and normal kidney (LLCPK) cells after 24 and 72 h incubation.

Both cyclic [C(WR)5C] and linear (C(WR)5C) demonstrated comparable molecular transporter properties versus [WR]5 in the delivery of a phosphopeptide (F0-GpYEEI) in CCRF-CEM cells. The uptake of F0-GpYEEI in the presence of 1,4-dithiothreitol (DTT) as the reducing agent was significantly improved in the case of l(C(WR)5C), while it was not changed by [C(WR)5C]. Fluorescence microscopy also demonstrated a significant uptake of F0-GpYEEI in the presence of l(C(WR)5C). Cyclic [C(WR)5C] improved the uptake of the fluorescent-labeled anti-HIV drugs F0-d4T, F0-3TC, and F0-FTC by3.0–4.9-fold. These data indicate that both [C(WR)5C] and linear (C(WR)5C) peptides can act as molecular transporters. 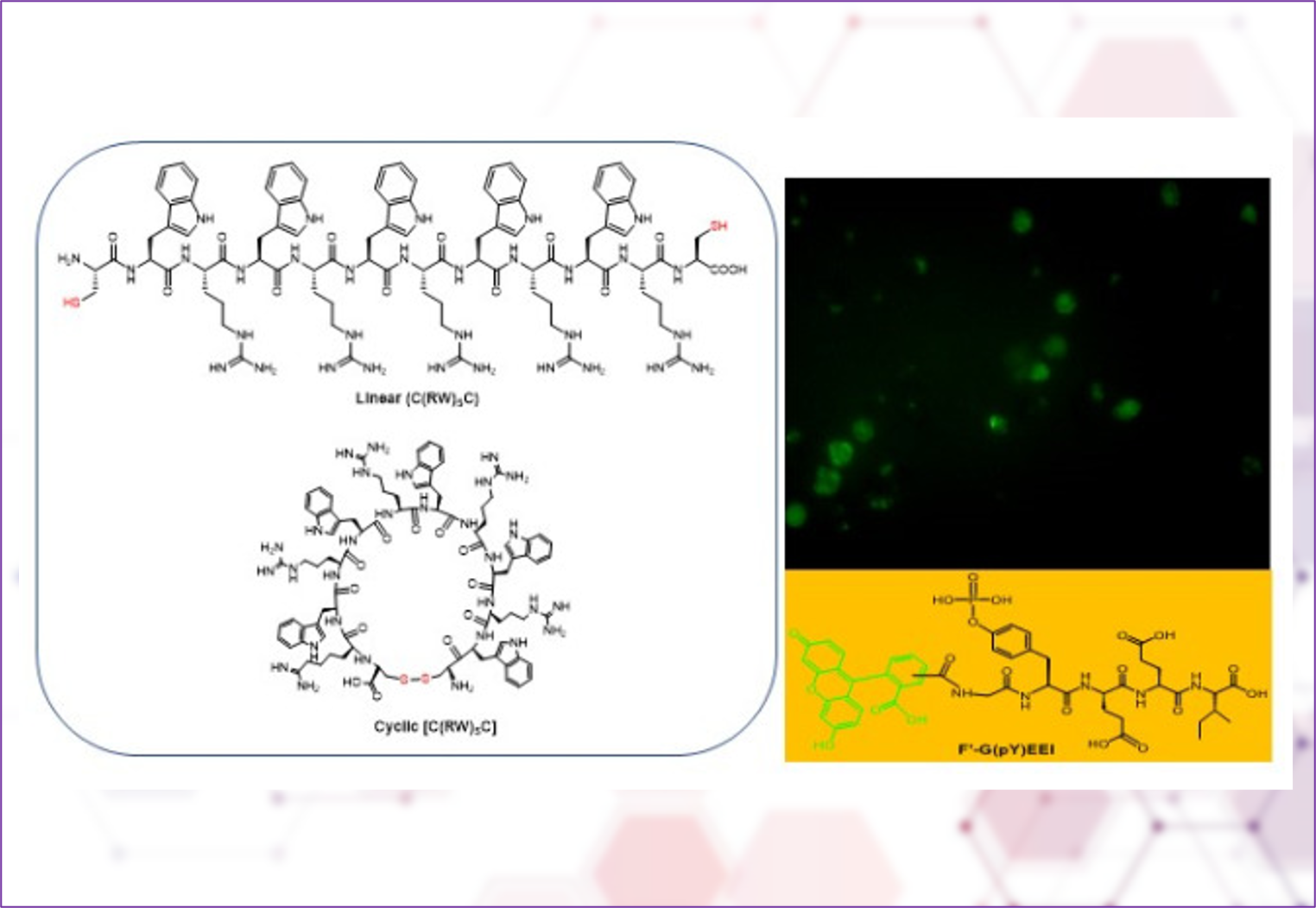