Herein is described the use of peptide backbone N-methylation as a new strategy to transform membrane-lytic peptides (MLPs) into cytocompatible intracellular delivery vehicles.

The ability of lytic peptides to engage with cell membranes has been exploited for drug delivery to carry impermeable cargo into cells, but their inherent toxicity results in narrow therapeutic windows that limit their clinical translation. For most linear MLPs, a prerequisite for membrane activity is their folding at cell surfaces. Modification of their backbone with N-methyl amides inhibits folding, which directly correlates to a reduction in lytic potential but only minimally affects cell entry.

Researchers in Joel Schneider's lab synthesized a library of N-methylated peptides derived from MLPs and conducted structure–activity studies that demonstrated the broad utility of this approach across different secondary structures, including both β-sheet and helix-forming peptides. Their strategy is highlighted by the delivery of a notoriously difficult class of protein–protein interaction inhibitors that displayed on-target activity within cells. 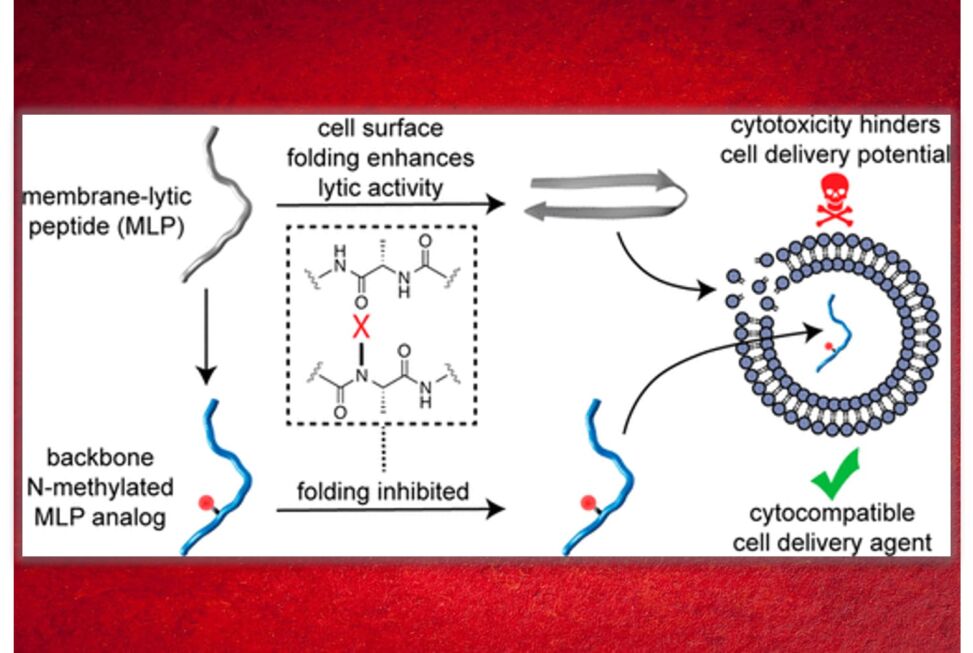