In a manuscript published in Langmuir, Yuki Kamijo and Ratmir Derda from the, University of Alberta, describe a screening system that employs the difference in density between liquid water and ice, 0.9998 g/cm3 vs 0.9168 g/cm3 at 0 °C, to identify ice-nucleating agents, INAs, which are encapsulated into droplets of water suspended in silicone oil of intermediate density, 0.939 g/cm3.

Droplets of liquid water stably reside at the interface of the silicone oil and perfluoro oilm 1.6658 g/cm3. Freezing causes the aqueous droplets to float to the top of the silicone oil layer. Tne authors demonstrate the feasibility of this screening system by using droplets that contained well-defined ice-nucleator Snomax. The droplets with and without Snomax froze at different temperatures and separated into two groups in their system. The researchers employed the screening system to test samples that have different ice-nucleating activities.

The system, outlined in this article, thus permits simple power-free separation of droplets that contain effective INA from those that contain weak or no INA. Such a setup can be used as a starting point for the development of high-throughput approaches for the discovery of new INAs. 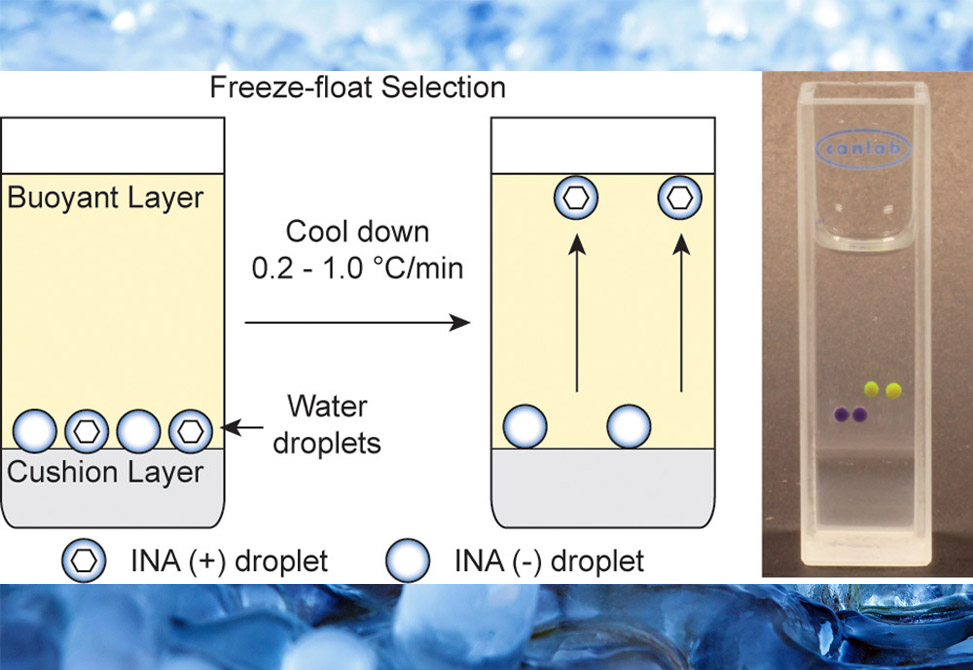