The synthesis of large numbers of cyclic peptides─required, for example, in screens for drug development─is currently limited by the need of chromatographic purification of individual peptides.

Herein, researchers have developed a strategy in which cyclic peptides are released from the solid phase in the pure form and do not need purification. Peptides with an N-terminal thiol group are synthesized on the solid phase via a C-terminal disulfide linker, their sidechain-protecting groups are removed while the peptides remain on the solid phase, and the peptides are finally released via a cyclative mechanism by the addition of a base that deprotonates the N-terminal thiol group and triggers an intramolecular disulfide-exchange reaction.

The method yields disulfide-cyclized peptides, a format on which many important peptide drugs such as oxytocin, vasopressin, and octreotide are based. We demonstrate that the method is applicable for facile synthesis in 96-well plates and allows for synthesis and screening of hundreds of cyclic peptides. 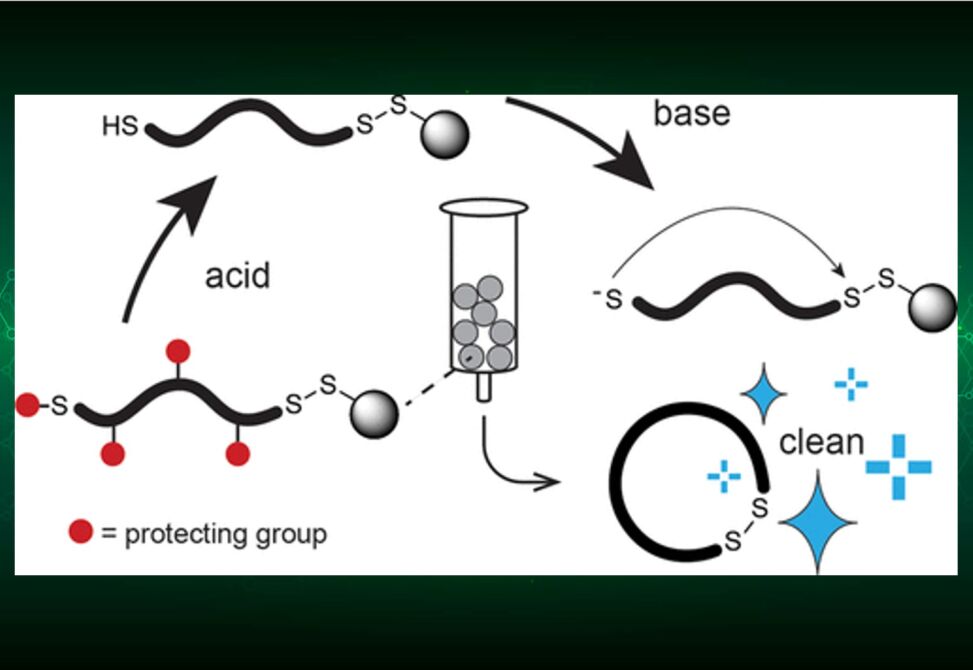