A co-crystal structure of peptide KD2 with KRas(G12D)·GppNHp reveals that this peptide binds in the Switch II groove region with concomitant opening of the Switch II loop and a 40° rotation of the α2 helix, and that a threonine residue (Thr10) on KD2 has direct access to the mutant aspartate (Asp12) on K-Ras.

Replacing this threonine with non-natural amino acids afforded peptides with improved potency at inhibiting the interaction between Raf1-RBD and KRas(G12D) but not wildtype K-Ras. The union of G12D over wildtype selectivity and GTP state/GDP state selectivity is particularly desirable, considering that oncogenic K-Ras(G12D) exists predominantly in the GTP state in cancer cells, and wildtype K-Ras signaling is important for the maintenance of healthy cells. 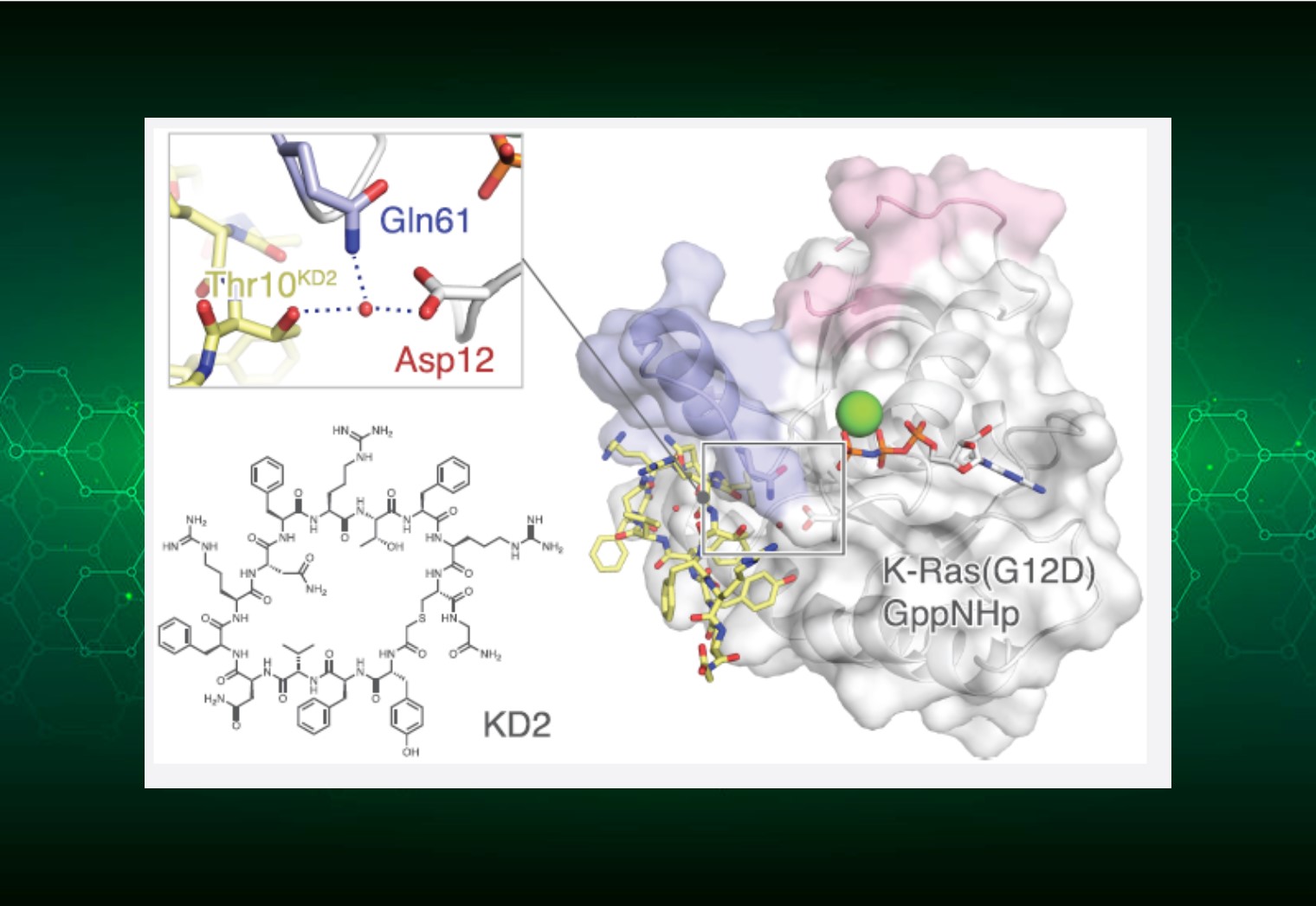