Uronium coupling reagents are commonly used to facilitate amide bond formation in peptide synthesis by converting carboxylic acids into activated ester intermediates. However, another abundant, but unintended, source of carboxylic acids is available for modification by these reagents—the proteins in our bodies. Peptide coupling agents pose a special hazard because they are immune sensitizers. Here, researchers in the Nowick lab present a case study of anaphylaxis induced by three uronium coupling agents, HATU, HBTU, and HCTU, as a cautionary note for researchers who handle peptide coupling agents frequently. They also include recommendations for handling coupling agents more safely in the research laboratory.

The authors note that the hazards associated with handling coupling reagents are well documented, but mainly published in allergy and other medical journals that are unlikely to be viewed by peptide researchers. This report is a call to researchers to be vigilant about safe handling of hazardous chemicals, such as coupling reagents, and the potential development of insidious health problems. 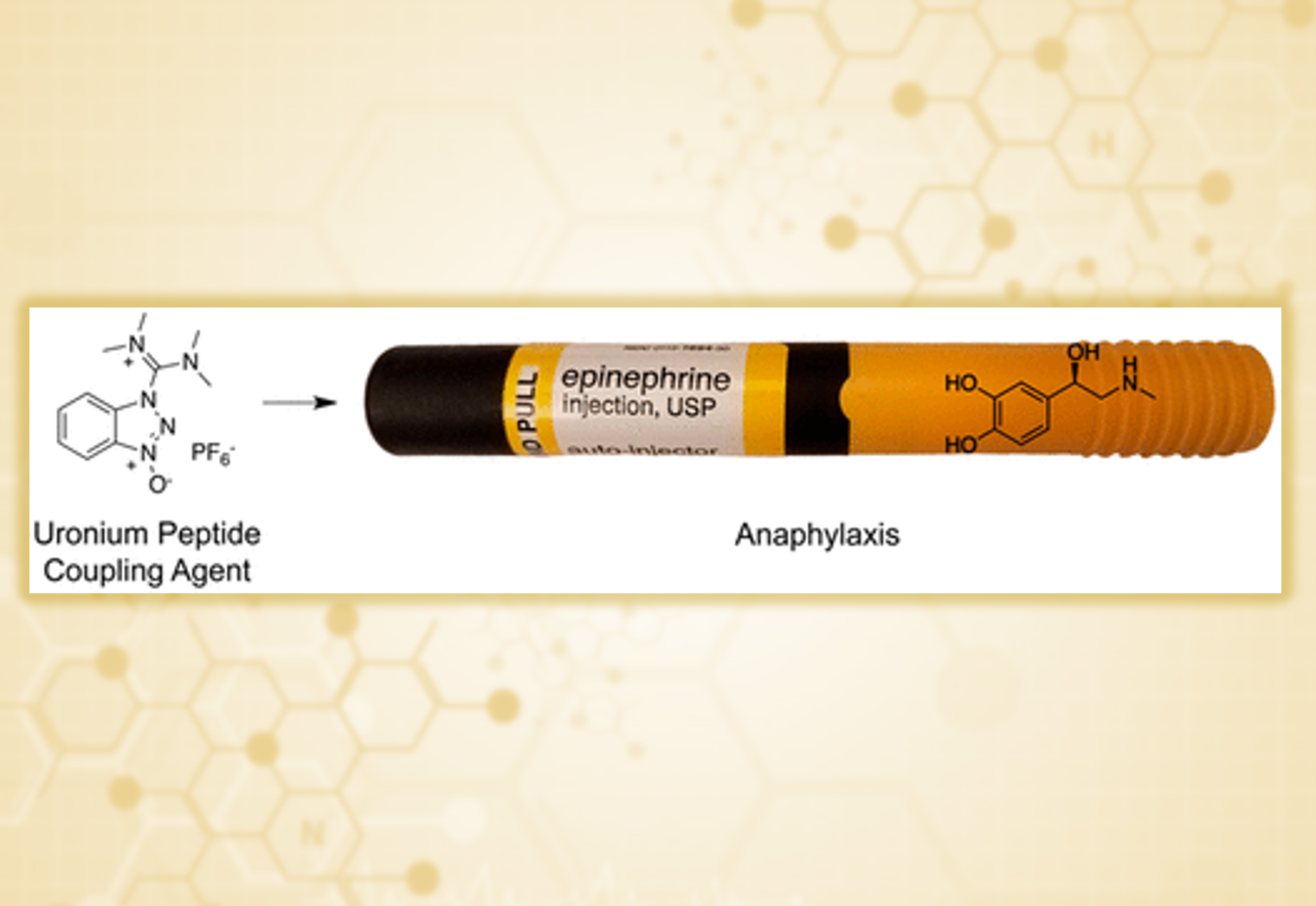