Cancer is one of the leading causes of mortality in the world. Unfortunately, the present anticancer chemotherapeutics display high cytotoxicity. Accordingly, the discovery of new anticancer agents with lower side effects is highly necessitated.

This study aimed to discover an anticancer compound from Hemiscorpius lepturus scorpion venom. Bioactivity-guided chromatography was performed to isolate an active compound against colon and breast cancer cell lines. 2D electrophoresis and MALDI-TOF were performed to identify the molecule.

A partial protein sequence was obtained by mass spectrometry, while the full-length was deciphered using a cDNA library of the venom gland by bioinformatics analyses and was designated as leptulipin. The gene was cloned in pET-26b, expressed, and purified.

The anticancer effect and mechanism action of leptulipin were evaluated by MTT, apoptosis, and cell cycle assays, as well as by gene expression analysis of apoptosis-related genes. The treated cells displayed inhibition of cell proliferation, altered morphology, DNA fragmentation, and cell cycle arrest.

Furthermore, the treated cells showed a decrease in BCL-2 expression and an increase in Bax and Caspase 9 genes. In this study, we discovered a new anticancer protein from H. lepturus scorpion venom. Leptulipin showed significant anticancer activity against breast and colon cancer cell lines. 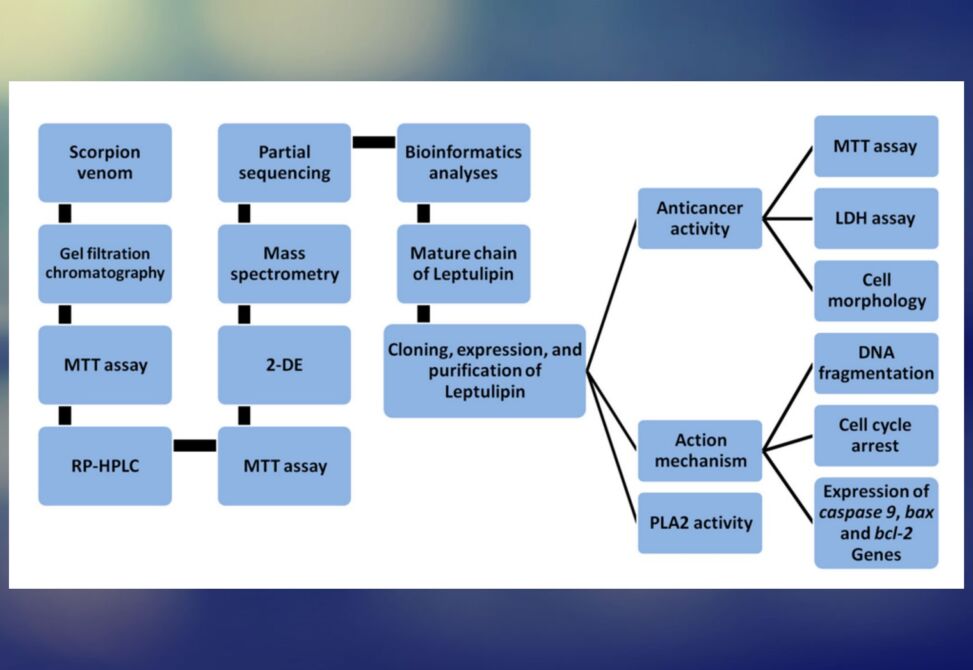