Stephen Kent has pioneered modern methods for the total chemical synthesis of proteins, and has used these novel synthetic methods for unprecedented studies of protein structure and function.

Kent's early work focused on fundamental studies of methods for the chemical synthesis of peptides, and on the application of chemical peptide synthesis to studies of the hepatitis B virus and the human immunodeficiency virus. In 1989, this work culminated in the use of total chemical synthesis to prepare protein used for the determination, by crystallography collaborators, of the original X-ray structures of the HIV-1 protease molecule. These data were made freely available and formed the basis for the highly successful worldwide programs in structure based drug design that culminated in the development of the 'protease inhibitor' class of AIDS therapeutics.

The total chemical synthesis of proteins, especially enzymes, was one of the grand challenges in 20th century chemistry. In 1992, Kent effectively solved this problem by introducing the 'chemical ligation' principle, the use of chemoselective reaction for the covalent condensation of unprotected peptides in aqueous solution. In 1994, Kent and his colleagues extended this concept to 'native chemical ligation', the amide-forming thioester-mediated covalent condensation of two unprotected peptides at a cysteine residue. Chemical ligation methods are a break-through in protein science and for the first time have led to practical, reproducible, and general synthetic access to the world of proteins.

In 2003, Kent and his industry colleagues reported the systematic design and total chemical synthesis of the neoglycoprotein 'synthetic erythropoiesis protein', an improved version of erythropoietin. Synthetic EPO contained a polypeptide chain of 166 amino acid residues and had two covalently attached branched glycan-mimetics, homogeneous polymer entities of defined molecular structure each carrying four negative charges. Synthetic erythropoiesis protein is the largest synthetic protein construct ever made, with a molecular mass of 50,825 Daltons; it displayed full biological activity and improved duration of action in vivo.

The principal focus of the Kent laboratory at The University of Chicago is to understand the chemical basis of protein function, particularly enzyme catalysis, and to demonstrate that knowledge by the design and construction of protein molecules with novel properties. Stephen Kent and his colleagues have continued to develop improved synthetic chemistries for the study of proteins. These include 'one pot' methods (2004), and novel catalysts for native chemical ligation based on detailed mechanistic studies, 2007. In 2006, the Kent lab introduced 'kinetically controlled ligation', a method that has enabled the fully convergent total chemical synthesis of large protein molecules, including the crystalline fully active enzyme molecules human lysozyme and a covalent-dimer form of the HIV-1 protease containing a 203 amino acid residue polypeptide chain. In 2008, the Kent laboratory reported the use of racemic protein crystallography for the determination of novel molecular structures, using mirror image proteins prepared by total chemical synthesis to enable crystallization of difficult-to-crystallize proteins and to facilitate the determination of their X-ray structures by direct methods. 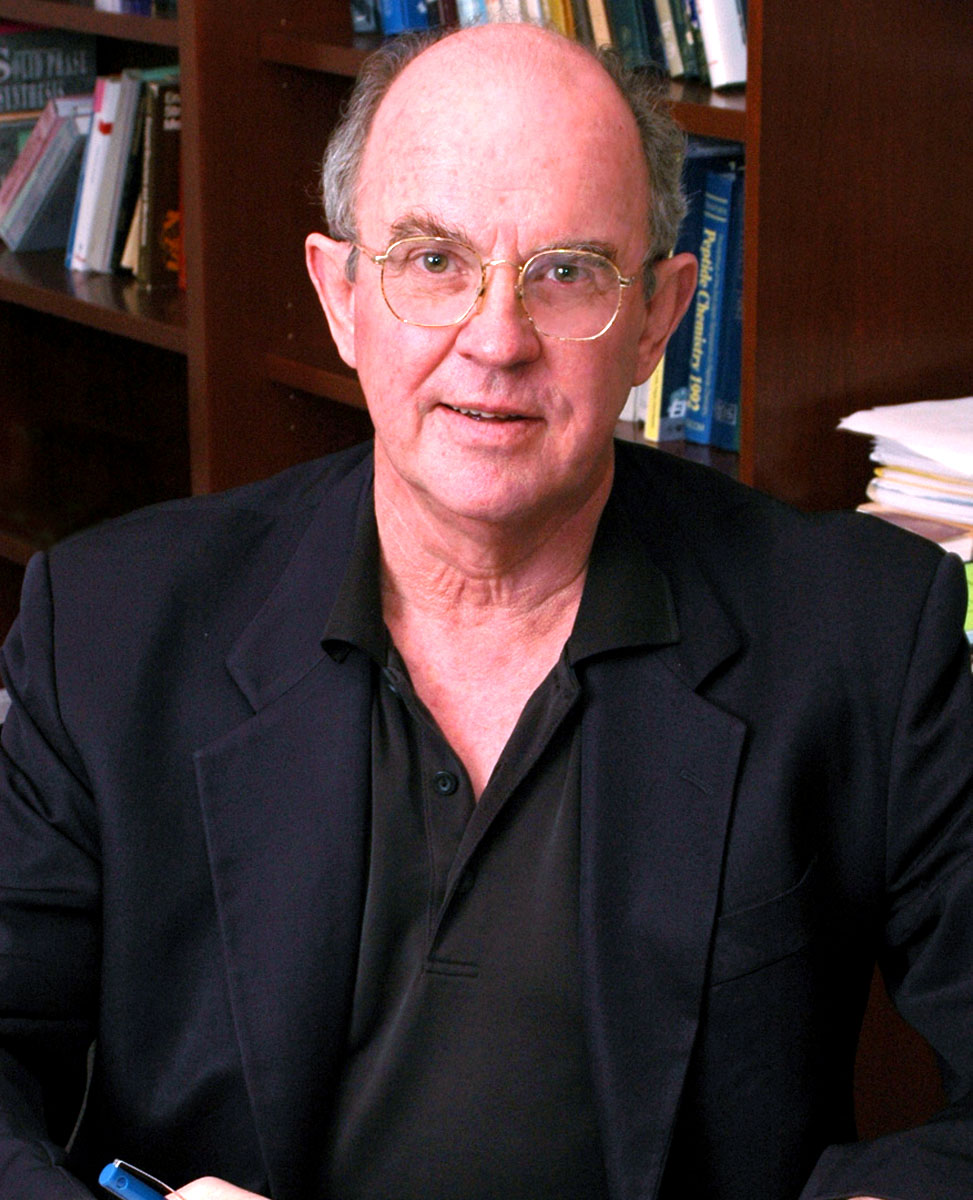