Bob Hodges graduated with his Ph.D. in Biochemistry from the University of Alberta in 1971. He then joined the laboratory of Dr. Bruce Merrifield at Rockefeller University from 1971-1974 where he used solid-phase peptide synthesis to study the enzyme, Ribonuclease. He left the Merrifield lab to accept a position as Assistant Professor of Biochemistry at the University of Alberta, and became a founding member of the famous Medical Research Council Group in Protein Structure and Function where he remained for more than 25 years.

In 1990 Dr. Hodges joined two Networks of Centers of Excellence which involved outstanding researchers from across Canada to work together on research projects that bridged the gap between academia and industry. These Networks included the Canadian Bacterial Diseases Network, CBDN, and the Protein Engineering Network of Centers of Excellence, PENCE. In 1994 Dr. Hodges took over the leadership of PENCE from Michael Smith, Nobel laureate, and headed this network for six years. In 2000 he moved to the University of Colorado Denver, School of Medicine to accept the position as Director of the Program in Biomolecular Structure, Professor of Biochemistry and Molecular Genetics and holder of the John Stewart Endowed Chair in Peptide Chemistry.

In the U.S. he was successful at obtaining NIH R01 grants in diverse areas of science all applying peptide chemistry to solve questions about peptides and proteins of biological interest. Bob has won many outstanding awards in both Canada and the U.S. among which are the Distinguished Medical Research Council of Canada Scientist Award — the MRC career awards were considered the most prestigious of such awards in Canada, 1995-2000. In 1995, in recognition of a record of outstanding achievements in research in the field of biochemistry undertaken in Canada by a Canadian Scientist, he won the Boehringer-Mannheim Award from the Canadian Society of Biochemistry and Molecular Biology. The Alberta Science and Technology Award for outstanding leadership in Alberta Science in 1995. In 2002 he won the Vincent Du Vigneaud Award from the American Peptide Society for outstanding achievements in peptide research.

Dr. Hodges has used peptide chemistry in an exceptionally creative and innovative manner to investigate major challenges in biomedical research. He has published over 500 publications in his career. He is presently focusing his research in the following areas:

Development of a "universal" synthetic peptide influenza A vaccine which is based on the hypothesis that immunization with conformation-constrained peptides derived from highly conserved α-helical sequences in the stem region of influenza A hemagglutinin, HA, will generate antipeptide antibodies that recognize conformation-dependent epitopes in HA to prevent influenza infection.

Understanding the relationship of sequence to protein folding, stability and function. His group made the first identification of a stability control region, SCR, in a protein. This SCR 97-118 in tropomyosin, a 284-residue regulatory protein involved in muscle contraction, transmits information along the two-stranded α-helical coiled-coil to control protein stability, Journal of Structural Biology, 2010.

Development of new HPLC methodology. The Hodges group's design of peptide standards of the same composition and minimal sequence variation to monitor performance and selectivity of reversed-phase matrices represents a breakthrough in assessing new column packing materials, J. Chrom. A, 2012. THe group introduced a new dimension to traditional hydrophilic interaction chromatography, HILIC, of peptides, termed HILIC/SALT. This approach promises to enable HILIC packings to enter the mainstream of approaches for peptide separations. 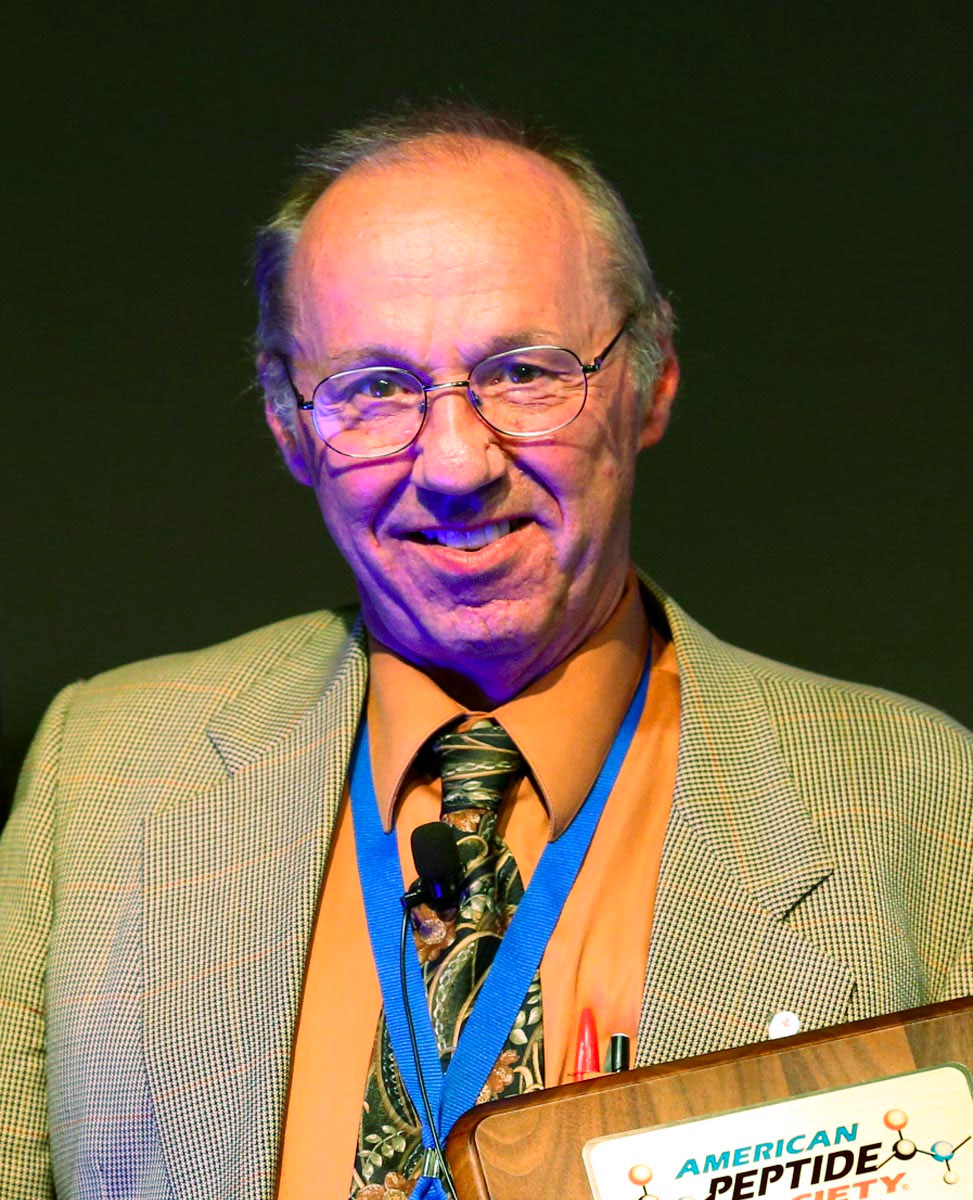